skip to main | skip to sidebar

I started painting portraits when I was invited by an artist friend to join a local group which meets once a week. After a fitful start (about 6 months' worth), my portraits finally moved beyond drawing to being more "painterly." Here are a few of my better efforts: 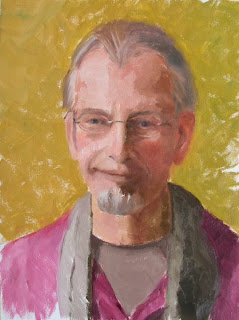 This portrait of Cosmos was done in October 2008. It was one where I felt the shadow and light sides worked well together, and was also my first attempt at glasses. 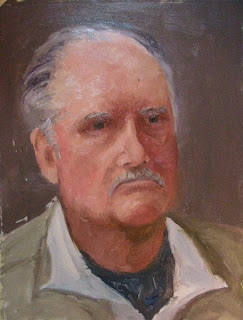 The hard edge of Ken's nose is jarring, and the rendering of the clothing is atrocious, but what I liked about this painting was the skin tones and the contour of his forehead. November 2008. 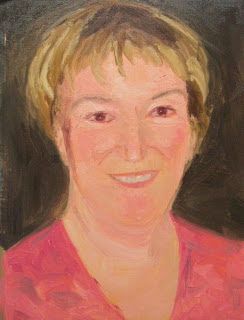 Dominique's portrait was done for a portrait swap challenge for the Different Strokes From Different Folks blog. It was a challenge to paint from a photograph instead of a live model, and I wasn't completely pleased, but there it is. January 2009. 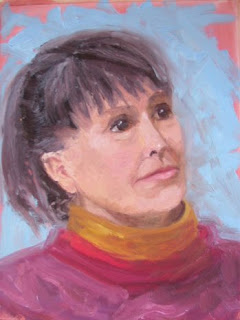 Although this is not the greatest painting, I felt it really captured the essence of the model, Judy, so I'm including it. January 2009. Sold 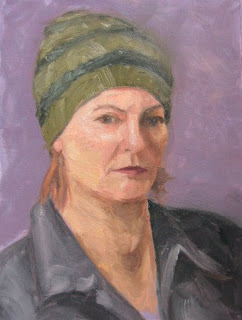 This portrait doesn't do the model, Kathy, justice, but I'm finally learning to soften the edge of the nose and see the green in the receding planes, which makes me happy. January 2009. 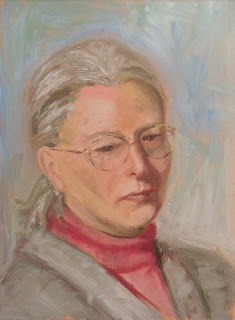 This one of Irene is my best, to date. there are some issues with it, of course, but I was pleased with the overall effect. February 2009.
I really am going to get back to landscapes; in fact, I have one on my easel right now. In the meantime, though, I thought I'd post these as proof I haven't been completely idle!
Contact Artist
Posted by Rachel Harvey at 12:54 PM 1 comment:

Rachel Harvey
Mt. Hood, Oregon, United States
I paint because it brings me a sense of satisfaction and ease. Whether it's landscapes or still lifes, I am reminded of the depth and complexity of the world I otherwise often take for granted. My goal is to share that sense of wonder and awe through my paintings. All paintings are for sale; please email me for details.

A Book of My Paintings